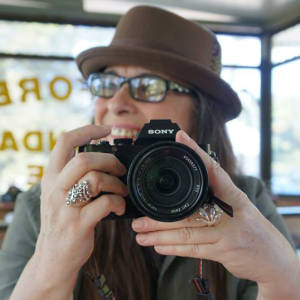 I thought it time to update my BIO as many things have changed since the old one …which…. has been sadly decaying with its lack of new information.
Not long ago we moved to a beautiful region of Northern NSW under auspices of Wollumbin…which apparently is part of a remnant cal Read more...

I thought it time to update my BIO as many things have changed since the old one …which…. has been sadly decaying with its lack of new information.
Not long ago we moved to a beautiful region of Northern NSW under auspices of Wollumbin…which apparently is part of a remnant caldera of a much larger extinct volcano……I love the way the mountains dominate the landscape as I drive around ……and living here has its charm ..but to me I miss the big sky ….. reflective sands … the motion of the waves …and living down by the coast.
I live with my Daughter and Grandson…….(whom many of you are very familiar with after the many years of blipping) ..… Rumi (not the poet) left us earlier in the year and we really needed a Beetle (a french Bulldog x) and our Tabby cat Romeo who I call Pushkin to fill the huge space he left behind.

I have always been the arty farty type and because we rent I have not always having the luxury of a studio to paint in so it was a wonderful revelation ….when I found I could amalgamate my imagination and photography (with nature as my main inspiration) onto the digital canvas. Not confined to one place …… my camera and computer now creates the studio I can take anywhere and everywhere ….and I don’t need a lot of space for it either.

Blipping since 2011 I have gained even more confidence in my photography by having the wonderful support of the blip community…it has been one of the most wonderful gifts I have ever received…..…times when I thought to give up I kept on going just for the connection to the community…

I have been very fortunate to of met quite a few blippers now…some have welcomed me into their homes and taken me on the most wonderful of adventures…shown me the most beautiful places that have  often brought a tear to my eye…and.....not only that ….they have become very very dear friends….. close to my heart…there are a few that I would call friends and I have not even met them……yet.

Although I don’t regard myself as a ‘great’ photographer..I love the challenge it sets me …most of all though I feel like I have a bit of a handle of photoshop and I am passionate about discovering new techniques and inventive ways to translate my Ideas into ’narrative’ imagery……
telling a visual story…taking one on a journey to another time/place…… endeavouring to create Fantasy images with seemingly seamless
layers giving the viewer the feeling that it could of been an image taken straight out of the camera …although maybe not quite…it’s a very rare thing that you would find
two racoons on a steampunk dragon winged craft washed up on a beach in Northern NSW Australia.