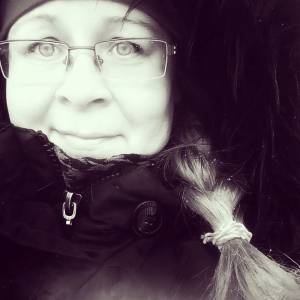 Autumn is here, in full colours and coldness is creeping in... Not only the cold creeps in...creepy critters too! This morning I had a spider on my leg. Not such big fan of spiders that I want them on my legs... or in my sofa or my bed for that matter! I found it later in the day and now it's outside were it belongs.
This morning I met up with some photo friends. I haven't been able to come to any of the monthly gatherings lately so it was great fun to see them again. After coffee, chai latte and sandwiches some of us went out in the city park to take a walk and some photos. I went out later than the others since a photo friend and I got caught up in diskussions and looking at his photos from Greece and Uppsala. But, we found the others later. :) Almost at the entrance of the park there's a sculpture of a tailless cat. It's a well known children story in Sweden "Pelle Svanslös" and Pelle (the cat) has a sculpture in the park. It's very cute and rather large, almost tiger size. A small group of people walked behind us, with two smaller dogs and when one of the dogs saw the 'cat' it started barking and barking and barking madly at the 'cat'. It was so funny! And all of us around had smiles on our faces.
I did some errands on my way home and was rather cold when I finally came home, so I've spent the day under a woolly blanket on my sofa, drinking cups of tea. :)