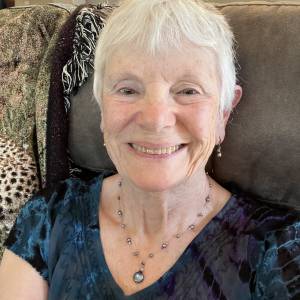 For the time being this view from the deck of my "lake house" is still mine. I do look forward to the day when this house goes on sale and somebody who loves it buys it. After a very busy day - oil change for my car, coffee with friends, dentist appointment - I ended the busy part of the day at the lake house.

It is looking really good inside and feels very close to be ready to list for sale. There are still windows to replace and today I was checking on the garage door which had not been working properly. The fellow arrived and discovered there was a connection that was disengaged. He reconnected the door, checked all its bolts and tightened them, and made sure it was up to code. And off he went. That was a relief as I feared I might need to purchase a new garage door. Not needed. Phew!

While I was there I took some photos and spoke to Raven who is working an sprucing up the garden for the sale. It is already looking so much better than when she started two days ago. As I was leaving I stopped in the small bathroom and discovered the toilet was stopped up. I found a plunger and tried to clear the drain with no luck. Then since there was nobody there, I spoke to the house and suggested that it cooperate since I was looking for a new family to love it just as we had and it needed to be in good shape for that. Next time I plunged, the problem was solved. Do I really believe that the house was listening to me? Not so much. But I do think it has an inner spirit from all the years we lived happily there and do think that the right family is hoping to find a house just like the one I've loved for 27 years. It will be perfect for somebody.

When I left there instead of going home I went to my brother Steve's. Kai came too and the three of us had dinner together. It was very nice. Then Steve and I tried a new game called "Costa Rica" as Kai took off for rehearsal. Not sure we really have it right but as it is, it is not a great game for two people.

I headed home soon and am now enjoying a quiet evening.