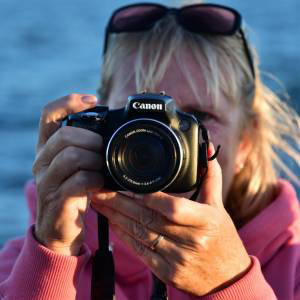 I was awake early again this morning so went for a swim and did another 50 lengths.  I was finished by 9.30am and when I got home we took the boys out for a walk.

We decided to spend the rest of the day in the garden, just relaxing and Alan spotted three Buzzard's hovering over the field and one of them kept flying down to catch things and was having a good feast.

At 4pm we drove to the marina where we were meeting Anne, Tamzin together with Daughter number 1, Samuel Squidget and Mr W at Pizza Express for dinner, after which we were booked onto a boat trip from the marina out to the Rampion Wind Farm.  I was originally booked on the same boat as Marion and her partner, but unfortunately there wasn't enough room on the boat for all of us, so we got put on the boat after theirs.  We managed a quick hello before we boarded though..

The trip was fantastic and whilst we can see the turbines from the shore they are actually quite a way out.  Once we reached them the boat slowed down and drove through the centre of them which was quite weird as it appeared as if we were just sailing along the outer row, but I looked behind me and saw that we were surrounded by them.

It was difficult to take photos with the boat bobbing about so much, but this one was my favourite as I like the reflections in the water and you can also see MPI Resolution which is the vessel for installing the turbines, and now currently acts as a service rig.

We did hope to see the dolphins on our trip, but sadly there was no sign of them today.

Anyway it's late and the heat and the sea air have made me tired, so i'll say goodnight.