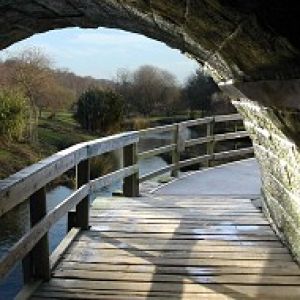 The boys do like to play with my keys ... they also like to hide them! They hid them so well recently it took me a week to track them down. I was certain they weren't properly lost and had to be somewhere, but as time went on the doubts began to set in and the stress level began to rise. I must have spent ages looking. Thankfully I found them eventually.

The boys got a good telling off and now they are tagged. The keys that is, not the boys! It isn't the first time I've spent ages hunting for keys. Hopefully this will help to relieve my stress. Apparently it can also help me locate my phone ... assuming I know where the keys are! If I lose the phone and keys together then I am up the creek without a paddle:-))

I had really hoped to get up and see the blood moon but I was out for the count and slept a solid 10hrs!