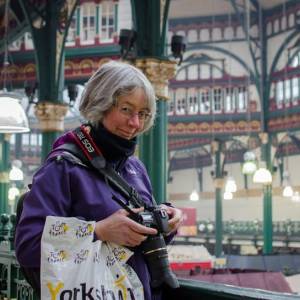 It felt as though I had the entire Skipton train to myself this morning!  I spent an hour having my gammy knee worked on by CB and it would seem that Sunday's 10k didn't impact on it as much as I had feared.  I stopped at Cooper's for a Cappuccino and chocolate twist before taking the train back to Bingley and walking home.

The afternoon was passed feeding my pots and baking apple pies and chocolate cake then it was time for several of the injured Hobblers to attempt the caravan park route.  We took it easy and managed a couple of miles so we are definitely on the way back.  Next week we are re-running the Couch to 5k programme and hoping for some new folks to join us.