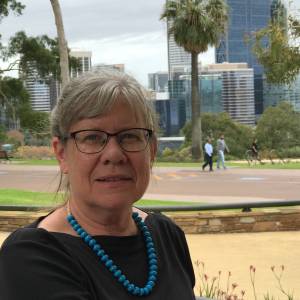 We drove from Devonport to spend the night at Stanley, famous for “The Nut” - the remains of a huge volcanic plug of rock. Luckily it had stopped raining and we went up to the top via a chairlift. Not silly at all. The climb would have been too much for me. We walked right around the top, a distance of 2k. It was very windy up there but the views were great.

After lunch and booking into our sumptuous B&B we took the bikes out to Highfield House, an original home built in 1830s. Silly me, had to try and ride up the hill. I didn’t make it and ended walking up the last part. The house was built as the main residence for the head of the Van Diemen’s Land Company which had some success and some failures. It was very remote out here in those days. The original chief agent was reported to be a not such a nice man ( treatment of workers, convicts and original Aboriginal people). He and his wife had 15 children, I suppose there was no Netflix in those days, poor lady. They did have a great house to live in though, great views and lovely big windows letting in the light. We then rode home the long way which was into a strong wind and down a very steep hill ( I got off and walked as I’m not courageous enough to go at top speed yet).

We are right in the middle of the town ( it’s only tiny) so we were happy to wander over to the pub for dinner, it was booked out, then went to another place across the road which only had tasting plates, so we went up the road to another place which was way too expensive so got a hamburger and came back to the room and watched TV. The B&B is a freshly renovated cottage. The owners have spent a great deal of money on the place and it’s very swish.