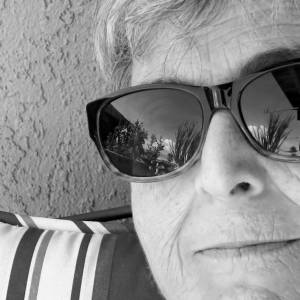 Bird On A Rock

...a companion series to Bird on a Stick.

This bird is obviously retired.

I've always loved this oldie but goodie. I originally heard this as a Walmart story but will go with the British version today:

The Story of The Retired Husband at Tesco
Dear Mrs. Marsh,
Over the past six months, your husband, Mr Joseph Marsh has been causing quite a commotion in our store. We cannot tolerate this type of behaviour and have considered banning your entire family from shopping in any of our stores nationwide. We have documented all incidents on our video surveillance equipment. Three of our workers are attending counselling from the trouble your husband has caused. All complaints against Mr Marsh have been compiled and are listed below.

Memo: Re - Mr Joseph Marsh Complaints - Things Mr Joseph Marsh has done while his wife was shopping in our store:
June 22: Took 18 boxes of condoms and randomly put them in people's trolley's when they weren't looking.
July 4: Set all the alarm clocks in household department to go off at 5 minute intervals.
July 9: Made a trail of tomato ketchup on the floor leading to the toilets.
July 21: Walked up to an employee and told her in an official tone, 'Code 5' in fruit and veg..... and then watched what happened.
September 14: Moved a ' CAUTION - WET FLOOR' sign to a carpeted area.
September 17: Set up a tent in the camping department and told other shoppers he' d invite them in for a cup of tea if they would bring pillows from the bedding department.
September 29: When a shelf stacker asks if they can help him, he begins to cry and demands, 'Why can't you people just leave me alone?'
October 31: Looked right into the security camera; used it as a mirror, and picked his nose in a disgusting fashion.
December 2: Darted around the store suspiciously loudly humming the ' Mission Impossible' theme tune.
December 18: Hid in a clothing rack and when people browsed, yelled ' Pick me! Pick me!'
December 23: When an announcement came over the loudspeaker, he assumed the fetal position and screamed, 'NO! NO! It's those voices again!'
And; last, but not least!
December 24: Went into a fitting room in the clothing department, shut the door and waited awhile; then, yelled, very loudly, 'There is no toilet paper in here!'