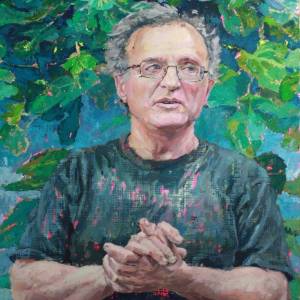 I have spent many thousands of hours searching through forests of dry information, researching the lives of people --mostly anarchists --who have been dead for a very long time. We're talking about perhaps a decade's worth of free time.

There are special moments when the researcher is the only living person, or even the first and only person ever, who has all the pieces of a cool story; the only one who know something very special.

Tonight I established contact with a descendant of Herman Helcher who, in 1902, shot and nearly murdered Voltairine de Cleyre. In my little universe that's crowded with dead anarchists, this is a rare and wonderful occasion because the shooting of that charismatic and widely loved woman makes an extremely interesting and, to me, an important story.

The basics go like this: Herman emigrated from the Russian Empire in 1888. He later settled in Philadelphia where he worked as a cigar maker and was involved with the anarchists. He had family here. Not long after that he was rendered mentally unstable by a fever and became very delusional and obsessive.

Herman had been a language pupil of Voltairine's but a week before Christmas in 1902 she had not seen him in two years. He had become obsessed with confused ideas of love and injustice that all seemed to revolve around her, so he wrote her a letter and stalked her for a while. Then he came up behind her and tugged on her sleeve as she boarded a trolley car, and he shot her three times.

He was arrested on the scene and she was brought to a hospital where, at first, she was thought to be doomed. But as she recovered, she flatly refused to identify or accuse Herman as her attacker. She took it a major step further by leading a fund raising campaign and hiring two lawyers to defend Herman. The sheer power of her compassion surprised and inspired the public, turning on its head the fear and hatred of anarchists that intensified after an entirely different madman-cum-anarchist assassinated President McKinley, one year earlier. Some even compared her to Jesus.

In spite of her efforts and his family's, the sentence was 6 years & 9 months. He was later released, but he was still mad and was committed again to institutions. Herman died some years after the shooting.

Although I've left out countless details of the attack on Voltairine, that was all I knew about Herman until now. There was no family background, no photograph, no date or cause of death, no grave. Now I have the name of the village in Latvia where he was born, parts of his family tree, his movements in the US before and after his incarceration, and within a few months I may well have a photograph of the unfortunate young man --whose actual name was Hyman (or Chaim)! It turns out that Herman outlived Voltairine by five months. He died in a Philadelphia asylum of tuberculosis on November 4, 1912.

I'll speak with Herman's sister's great grandson very soon, but my head is just spinning with the new information and with new questions that are percolating up.

Here is an article by me that includes more details about Herman's desperate act.

There was a party at Voltairine's home at 807 Fairmount Avenue on Sunday, January 11, 1903 after her release from the hospital. The house is gone now but there's a picture of it in city records. About fifty guests stopped in, including Clarence Darrow and Henry Demerest Lloyd, the famous lawyers. At the party, the following toasts were raised:

"To a long life of continued usefulness for Miss de Cleyre, and may we attain the high standard of life she has set."
"To the speedy recovery of health and freedom for our comrade, Herman Helcher."
"To all those who have failed in life, and all who, through mistake or misfortune, are confined in prisons or asylums anywhere -may they have a speedy release."
"To the Social Revolution now making, and that it may have a happy ending."
"To the coming age of fraternity and freedom when prisons and punishment shall be no more, for this is Anarchism."