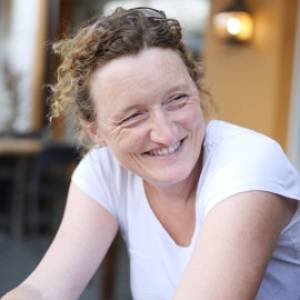 At Hereford: Ready packed game birds in the market

At Hereford poultry market, you can buy and sell almost anything in a shell or with a beak or a bill.

At this time of year, poultry farmers are pretty much having a tidy up. There are mostly pens with cockerels in. These would most likely be last years late hatchers that have over wintered and shown themselves to be cockerels late on in the season. Some are craftily paired up with a hen, so that the poor cockerel doesn't end up on a plate. Sometimes a good pen of interesting and useful cockerels will save themselves from the plate. Mostly all will be sold for under a £1 and eaten. (I guess this goes to prove that the supermarkets can be beaten on price and quality too! )

Most of my cockrels went in the cages today. (See pic of them here, in my nearly a blip folder) The only ones left are breeders and oh, two that Sam let out the box on a mercy mission to save them from market!

These boxes of game birds on the floor, caught my eye. There is Guinea fowl on the left and two boxes of quail on the right. I incubated and sold a lot of quail last year. The chicks hatch the size of bumble bees. They are all legs and fluff. Maybe we breed quail again this year.........maybe......x