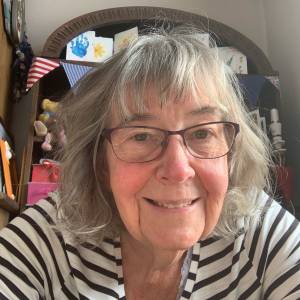 Legs complete and two of the six arms, a little progress today. I always think the sewing takes longest but I think the stuffing is slower. Although I didn't spend as much time as I had planned sewing I was pleased that the project has moved forward. I'd set myself a deadline of November 5th to complete the three bodies, not sure I'll make that, and then dressed and ready for the 15th! I'll continue to aim for that but we'll see!
I did some baking but it's a sorry tale when the dogs biscuits actually taste better than the human ones! I tried using Barley flour for the first time which worked well with the apples and carrots and a spoonful of honey for Reggie's treats. I substituted the barley flour for what should have been spelt and I think the mixture just didn't work. It was supposed to be crispbreads but was much softer even though I cooked them for longer! They are edible but needed a piece of cheese or something to make them pleasant! I will try them again at a later date with the spelt flour which unfortunately I'd run out of today.
My brother is still on the mend but they have found that he has low sodium in his blood so that will need to be investigated and sorted before he can go home. Also he still has to walk without the aid of oxygen at least for a short distance. He will be disappointed as he was all for coming home tomorrow. Patience is not my brother's strong point but at least he is being made to rest; he's not good at doing that either!
Another zoom call with WW tomorrow. I keep hoping that the next one will be more interesting. I'm still not convinced that the points system works to control the blood sugar levels and more geared for weight loss. I have lost about 5lbs but this week I had enough points leftover to eat at least 10 chocolate digestive biscuits! I didn't of course as I knew I shouldn't, but at the meetings they go on about you should use your leftover points to enjoy foods that you really like, and for me that would be chocolate biscuits! I would so much preferred to have been referred to an eating plan specifically aimed at lowering my sugar levels. As it is I'm doing that bit myself any away!! I'll see what tomorrow's meeting brings!