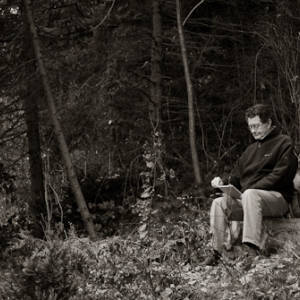 Such a strange Sunday

What a strange Sunday….As I woke up in time I could feel the heating was running in good order. Then though it was still dark, as I opened the curtains, there was a real snow surprise. Which you can see on the picture I made some time later. I wanted to know how things had develloped in the USA, so I had my CNN-breakfast. In an extended way, because first it was all about Inside Africa. In the meantime I followed a few funny childrenprogram in German. Full of very playful creative ideas. Then it was time for my Sundayexcercise, meditation and prayer. Which I didn’t do God knows why.
That was unwise, because I lost focus for the rest of the morning. But really, should I feel unsatisfied because of this laziness? Anyhow, after lunch I started to read Leonardo Boff’s  What comes afterwards? Life after Death. Another of his fascinating books. I’m just in the beginning.  But I will pick only one remark as a hint. It is a thought that kept dancing in and out and through me while I was walking alongside the Weser shortly after.
Leornardo Boff is a wellknown Brazillian Ex-priest and Liberation-Theologian. In his First Chapter he says about us and our existence:
„Man is not only Past and Present, but most and for all also Future.: Project, Forward Outlook and reaching out towards tomorrow. The Past of Today is founded on the Future of Yesterday. Insofar is the Past more Future, than that it becomes a definite Past. Therefore it can be said rightfully, that Man is not to be seen as a Past moving towards the Future, but as a Future on its way towards the Past.”
This thought kept haunting me as I was walking over the snowy riversidetrack later this afternoon. Looking to my foot coming from behind and as it touched ground: it went through me. Now I have moved from the future into the past. Usually we tend to think the reverse. But then I realized that moving forward and reaching a relative past, this past isn’t definitive. As shows my next step.
And here this deep feeling of liberation came up. That means that our past of livingtogether with YouMyDearLove is not behind me, Irretrievable and irreparable passé definie. But it can transform itself  because Past and Present have radically changed my existence after and through Your death. I have the opportunity to work out our common Past into a new and more perfect form. Once I feel grounded in a faithfull Future which is already behind me in an invisible and unknowable way.
That is a very meaningfull and inspiring vision. I could feel relieved and walked on, crossed the bridge up to Your Graveyard to tell You this message. And guess what, there I met with . Dr. Jolanthe J, our GP, who also had been shocked about Your unforseeable sudden death. She had visited her fathers grave and had noticed my presence in the half darkness.
So we walked together from You to her fathers grave, And after that she joined me to light candles at St. Michaels.  We talked now not as patient, relative and doctor, but in good friendship, until our ways home separated again. Such a strange Sunday after all.