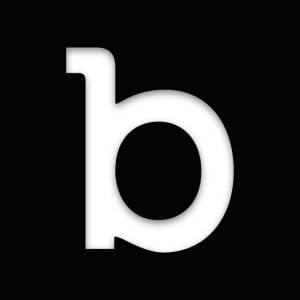 What started as one man’s endeavour to upload one photo each day, add some words and by so doing build a record of his life, a day at a time, is now something enjoyed by 1,000s of people on every continent across the World.

Joe Tree may not have realised the future impact of his creation, but he was soon being asked by friends and family that followed his entries if they could also take part. Less than two years later a website had been developed to allow others to create their own journal.  It struck a chord with people; In a modern on-line world where many millions of images are taken and shared every hour, Blipfoto was and still is a calmer place, where users can be more considered in their approach to sharing. During the following years Joe was joined by a dedicated team to nurture Blipfoto, seeing its membership grow and spread, often through word of mouth into the community it is today.  We are indebted to that team for providing this place for our community.

Above all it is true to its original concept of ‘Being Excellent’ to each other, a principle that sets Blipfoto apart from other social media platforms. Blipfoto is in no small part down to the community that grew and the loyalty of its members.

We’re now dedicated to running Blipfoto on a sustainable footing, funded by member subscription, while still offering a free membership option.  Through 5 years of community ownership, the community is indebted to those who have found themselves able to support the site in this way.

So at 17 years old, if you’d posted a photo every day since then, your journal would have 6209 entries. Currently, we have 15 members from those early days who have posted more than 5,000 entries, and credit to them as they are all still active on the site.

In recognition of that achievement, we’ve created a new camera for the anniversary.  Their profiles will now have a shiny new bronze camera.  We hope to see many more members reach this milestone in the years to come.

Over five and a half million days have been recorded on the site since that day, 17 years ago.  Almost 500 active members have been on the site for more than 10 years.  We’re very much a global community so, just for fun, we’ve picked out eighteen celebratory places around the world where you can find blippers:

By all means add your country to the comments below and tell us your blip years if you like. We’re as pleased to read about people in their first year of blipping as we are in their seventeenth!

We’d also like to encourage you on this, our anniversary, to tag an entry (or two!) #Blipfoto17 and tell everyone about what Blipfoto has come to mean to you. What are you getting out of saving one photo from your day, every day?  If you’ll let us share your comments and photos (not your journal), tag it #OK2share too.  We’d love to shout a bit louder on social media about why this is such a special place!