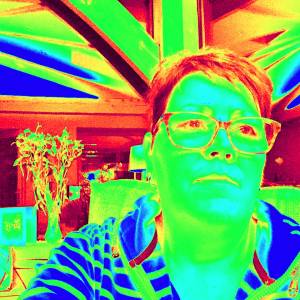 A productive day…eldest arrived shortly after the little one had been dropped off so he carpeted a cupboard out before lifting and disposing of the rest of the carpet and underlay. Little one condescended to being put in his buggy for a nap after lunch so we managed to get a new blind fitted in the bathroom before he left for home to watch the football. Once I’ve swept up tomorrow or Monday the bedroom will be ready for the carpet fitter on Tuesday. A phone call from the guy who’s laying the laminate in the lounge and he hopes to start preparing the floor on Monday so hopefully all will be sorted before Christmas…just need to chase the plumber now!

By the time I’d tidied up the bathroom the little one was awake so I took him for a very short, wet walk halfway along the prom. Eldest had driven into snow as he arrived home…it’s been very icy rain here. Hope the weather improves tomorrow as there’s supposed to be a Christmas market on in town which I wanted to go to.

Extra from the prom…a grey, horrible afternoon! That should be a set of steps down to the beach in the foreground, the sand hasn’t yet been returned after the storm. There are still many outlying hamlets and properties in the region without power one week on…yesterday they called in the army to help, I hope the snow doesn’t move south to make life even more difficult for those still struggling. Many more are struggling to get repairs done with many of the tradesmen already fully booked before the storm…added to that there’s now a shortage of scaffolding and raw materials if you do find someone able to tackle the job.