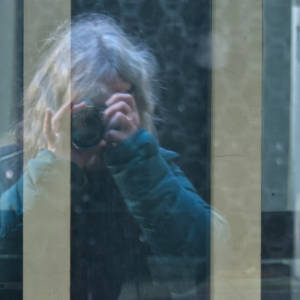 It could have been me

That was a day-and-a-half. I'm recording it for myself and starting with the end as that's the bit I'd most like you to read.

Flee - Among the most remarkable and important films I have ever seen. I saw it last week and was determined to take my daughter to see it this evening while it's still around. From every perspective, it is gently and perceptively made: how the story itself is unfolded, the way it is told visually (in two distinct types of animation, each serving its own purpose, and some live action, largely news footage) and, mostly, the way it deepens understanding and promotes empathy. The story itself is very far from gentle but the way the viewer is invited in is.

I was completely engaged for each of its 90 minutes, despite having seen it only five days ago and despite the exhausting events of earlier in my day.

I don't want to say any more and I encourage you to see it without reading reviews first. I'd be very interested to hear about any responses to it.

OK, back to the beginning: the day of the three-hour training on Zoom for 30 careers advisers on working with refugees and asylum seekers. Shortly after I went back to help out 'briefly' (six weeks became four gruelling months) at the refugee charity where I worked before I retired, I blithely agreed to set this up, stupidly assuming that it would be in person. From the moment that I realised that my first ever Zoom teaching would be two years after everyone else has learnt how to do it and would last three hours, I have been anxious. I have gone to other people's courses to see how it's done, I have watched YouTube videos and I have had helpful and supportive advice from friends and colleagues. Yesterday, my co-trainer (an employment volunteer, not a teacher) and I got together to make sure everything worked and we knew all the tech things we needed to do. All fine. This morning we set everything up 30 minutes in advance then when we started the training we realised that everyone could hear us but we couldn't hear them.

We had a colleague in the room who knows more about Zoom than we do and she made tweaks and changes and was similarly flummoxed. Ten minutes after the due start time I was no longer capable of making any coherent decisions. Luckily she was, and set up her own laptop in parallel so we could use that for the video and sound and mine for all the material we were screen-sharing. We'd actually experimented with that set-up a week ago and abandoned it because of sound feedback but anyway, it worked.

The rest went well and according to the 40% who have so far returned feedback forms it was appreciated.

I took a very deep breath then went off to be interviewed by someone in the same charity about how it treats volunteers and about possible improvements. At one stage I was the volunteer coordinator and I set up most of the systems and training still in use so we had enough to discuss for about an hour before I...

...cycled off to the vigil for the cyclist who was killed exactly a week ago at the roundabout near my home (which I use to cycle almost anywhere). I was walking past last week about ten minutes after the collision happened then last Thursday, by chance, I met some of her family. So I very much wanted to join the hundreds who turned out, in sadness and in anger, to mark the killing of a mother and scientist who, regardless of those important roles, was entitled to her own life.

I walked back home to spend the rest of the day helping Secondborn with a job application,

having a 30-minute snooze,

taking her out to the cinema,

talking about the film over a pot of tea,

and collapsing into bed.