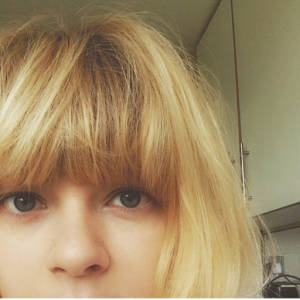 I had a day off today so we went to visit my grandparents before going to Cambridge (we're staying over night in preparation for my taster day tomorrow). I worked out that I haven't been to school properly in over a month but I can't decide whether that's bad or not...

Anyway, the trip to my grandparents was the usual sort of thing; ate lunch, ate some raspberry roulade, went to the garden centre, drank some cranberry juice. Same old really. The trip to the garden centre was nice, we always walk there because it's only twenty minutes or so away and then we visit the animals - we rarely actually ever buy anything, but it's lovely to just have a walk around. Whenever we leave my grandparents' house I always have a look down their outside drain because quite a few years ago my sister did the same thing and found a hedgehog that had stumbled into the (rather deep) hole. So it's become a habit to look down there everytime we leave, and when I checked today this fellow was down there. So we rescued him and gave him some of George the tortoise's water. My Mum and I left before he had decided to uncurl but I managed to get this snap of him; I've never seen one so close up before.

Afterwards we headed to Cambridge because I've got a maths taster day at the University tomorrow, so my Mum booked us in to a Travelodge nearby - her boss also organised for us to have dinner at his sister's house because her husband used to be a maths lecturer at Cambridge and currently works in administration. I'm really tired so I could have probably done without it, but it was nice to be able to ask questions about the whole process of applying. It's so weird to think that this time next year I'll have left school - finally. It's all very exciting really.