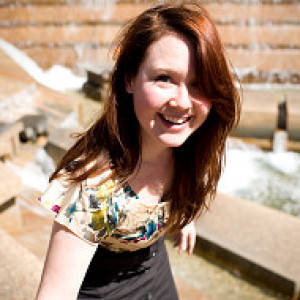 Woke up early to head back into the city. We started out from Mike's friend's place by the water to get a lovely view of the bridge to New Jersey and some huge ships (Army v. Navy today.. the city was packed).
Next on the agenda: South Street. It was a cross between 6th Street (Austin) and Bourbon Street (NOLA) in my mind. I loved walking the streets. Philadelphia wasn't as much stuck in 1996 as Boston is.

I kept asking Mike if we could go see Paddy's Pub; he kept gently reminding me that it does not exist.

I also asked several times if we could go to West Philadelphia (born and raised.. on a playground is where I spent most of my days..) to which he vehemently said no. It's apparently actually dangerous to go there. (Thanks, Will Smith, for making it into a joke. Geez.)

We came across this museum made entirely of glass bits and other spare parts. In other words: awesome. (P.S. I spy an owl.)

From South Street, we took a carriage ride through Society Hill and saw the oldest buildings in the country. The first bank, the first post office, the first "hotel", et cetera. I really regret not taking more photos during the ride. I felt rude if I snapped shots while the carriage driver was asking me the same questions over and over again.
Per Evie and Caroline's request, we stood in line and got body searched to go see the Liberty Bell. Underwhelmed. It's a bell. And it cracked. Not during a war.. just in every day use. Seriously?
We met up with some of Mike's friends for a late lunch and then walked down by Boathouse Row (oh... how I wish I had a single photo of the houses all lit up with their reflections in the water. Sigh. Next time.) and up toward the Art Museum (gorgeous) and then on to the Rocky statue to get the obligatory dudes' pose. Watched the Flyer's game at a bar somewhere outside of the city and then headed back to call it a night.

5 things:
1. My first WaWa experience. Pretty sweet indeed. I approve, Mike.
2. Getting to explore the city on foot and by horse and carriage.
3. The gaggle of geese on the pond in Emmaus.
4. A new city..
5. MFD