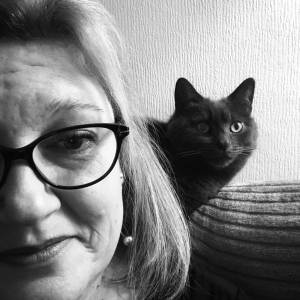 Yet another epic fail! It's in there somewhere but from behind. Ooer!

Funny day, slept late and decided I needed to get out for some fresh air so I pootled on down to Gosford Estate to make an attempt at the boathouse again!, I even managed to get lost while I was there but came across what was the gamekeeper's house so it was a good lost. Oh to have pots of dosh, it's a beautiful house, well it has the potential to be beautiful if someone were so inclined. The boathouse water was full of sludge and the reflections were shite as was the light. Ho hum... next time!

So... yesterday when I got out of bed, the postie had been and there was a brown envelope behind the door with an NHS stamp on it. It was a fat envelope. I figured it was too fat to be good news so I didn't open it. I stared at it for a while instead. Cause that's productive. Obviously.

Some of you, the avid readers of my blurb, will remember I had a lump removed from my face at the end of November when I blipped my stitches.

I opened it eventually, it turns out I have skin cancer. Basal cell carcinoma. It's not life threatening, I'm not going to keel over and cark it anytime soon, panic not... just a bit weird saying that out loud. So I have to go back and let them dig out the rest of it, shame really as my little scar is very neat and hardly noticeable. If they have to dig a big hole then someone is gonna get their ass kicked at my GP's surgery since I went to see about it when it first appeared years ago and they sent me away with the 'oh it's nothing to worry about' line. Catch it early they say! Aye!

Maybe I could sue them and then have enough money to buy that little house at Gosford! :o)