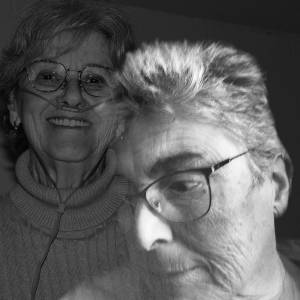 (back blip by a day)

The prodigal son has returned.  It's Zippy!  I doubt it's still my original Zippy because a Costa's hummingbird's average lifespan is five years.  I'll still call him Zippy but it's probably more like Junior.

I did take a ride to Madera Canyon this afternoon.  This time I drove to the top near the Old Baldy trailhead.  I found a nice table in the shade and had myself a little picnic. It's even cooler there than at the wildlife area at the lodge.  Since I was alone and pretty still, a family of mule deer came by for a visit.  It's not like they sat and joined me but they weren't that far away.  That was fun. You can get cell service up there so I spoke with my cousin near Los Angeles.  She told me about a 4.5 magnitude earthquake and a couple of milder aftershocks while they were sleeping.  She said that was all they felt but their local news reported a total of 16 aftershocks to that point.

I got the photo of Zippy when I got home.

I've been thinking a lot about whether I'm really happy living in Green Valley.  The weather doesn't bother me but I don't think I was ever meant to be a desert dweller.  If I were to move anywhere, it would probably be to Nevada to be near my brother and sister-in-law.  I'd live through four seasons again, be fairly close to beautiful Lake Tahoe and a day's trip away from Yosemite National Park. But I've learned that if you're unhappy that a change in geography won't necessarily make you any happier.  That was why I moved from  western NY to Maryland.  Things fell apart there, too, when I was forced into premature retirement.  Life was lonely and depressing.  So, the fix, I thought, would be to join my mother in Arizona. Before I made the decision to relocate, I spoke with Albuquerque brother.  At the time he was Phoenix brother.  I flat out asked him what would happen to me if something happened to mom.  I didn't want to be alone and so far from family. He promised me that he would never leave Arizona.  He loved Phoenix and there wasn't a chance in the world he wouldn't be more than two hours away.  He's been in New Mexico now for over five years.

I don't know.  Maybe it's this Covid thing. Or maybe it's everything happening in this God forsaken country.  Every day seems to be worse than the day before.

On a more positive note, the next person on my best voices of my lifetime list is Aretha Franklin, here singing Natural Woman.
It's pretty freaking awesome.