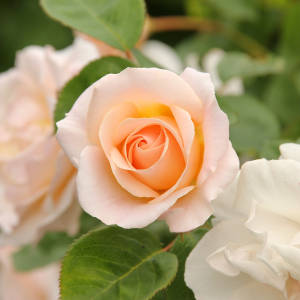 This is the day

After the lethargy of the past few days, I am pleased to report that I have been positively buzzing with energy today.

The first excitement was the installation in our garden this morning of a new bird bath, which is something I’ve wanted for a long time. I recently blipped a photo of a stone planter which we have in the centre of our rose garden (https://www.blipfoto.com/entry/2990338989082280676) and quoted the poem "God’s Garden" by Dorothy Frances Gurney. I then had a bit of a light bulb moment, and thought it would be a great idea to buy a stone bird bath from the same company as made the planter because I know they do personalised engraving on some of their items, including bird baths. So of course it was a no brainer to choose the famous lines that are often quoted from Dorothy Gurney’s poem.

We have a path down the side of our garden which ends in a circle, in the centre of which used to be a cornus tree. Sadly, that died, so we’ve had an empty circle for a long time. Today our gardener filled the hole with earth, and added a big paving stone as a solid foundation for the bird bath. We just need to buy some pea shingle to fill the top few inches and make it look neat. Later, Smithers watched as I ceremoniously gave the bird bath its first fill up of water (which hopefully will be replaced by rainwater soon …) and we were delighted with how it looks. There is a semi circle of lavender behind the stone circle, behind which are several "Pretty Lady" rose bushes, which act as a delightful backdrop.

The second excitement was when I spotted a brightly coloured reddish butterfly in the back garden that I’d never seen before. Of course, I didn’t have a long lens on my camera, and it was too far away to get a good shot, and even then it had alighted on a wall and folded up its wings. Nevertheless, the picture I got was sufficient to identify it afterwards on Google as a Jersey Tiger, which is a moth, not a butterfly! It’s a pity I only got a shot of the underwing, but that’s better that than nothing. I uploaded the photo to the iNaturalist website to help them see how these moths are gradually moving further and further north into England from Jersey. (See extras for close up of the bird bath quotation and the moth.)